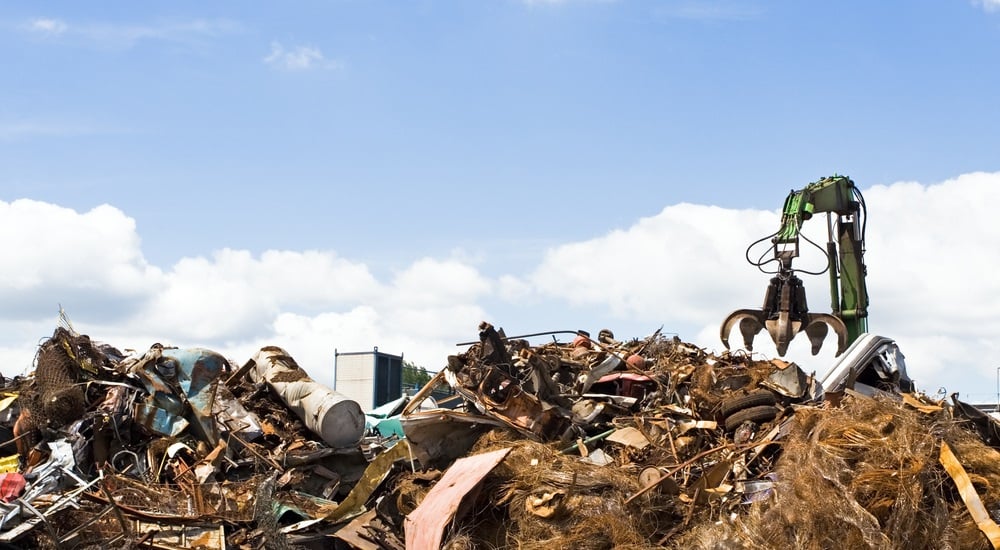 When it comes to old household appliance removal, the optimum solution is recycling. But that's not what happens to most of our old appliances in the U.S.

Recycling large appliances by yourself can be quite difficult and challenging for most people. So, what can you do with that old washer, dryer, or refrigerator?

Almost Every Household Appliance Can Be Recycled

That may seem like a bit of a bold claim to some, but the truth is that household appliances are supremely recyclable if disposed of properly. In other words, not in your trash bins.

It's unfortunate, but true, that the vast majority of Americans tend to toss their small, broken or unwanted appliances into their garbage cans or residential rubbish bins. Some might think to place them into the recycling bins, but nowhere near enough.

It's estimated that less than 6 percent of these devices are actually recycled in the United States.

Which means that more than 90 percent of them end up in landfills across the country.  Of course, individually, one toaster or blender doesn't take up much room in a landfill dump site. But when you are talking about million of tons of small appliances, that's a lot of landfill space.

In fact, according to the EPA, it was estimated that in 2018, of the 2.2 million tons of small appliance waste generated, only about 5.6 percent was recycled.

When it comes to large household appliances such as washers, dryers, refrigerators, hot water heaters, dishwashers, and such, the volume taken up in our landfills is exponentially larger. And so is the overall tonnage disposed of annually.

In fact, an estimated 37,700,000 tons of large household appliances have been disposed of into the municipal solid waste (MSW) stream just between the years 2000 and 2020.

That would be like having old appliances standing side by side covering an area of more than 120 square miles!

While many of the facts and statistics on household appliance disposal and recycling - or lack of recycling - is sobering, the good news is that it's getting better.

While there is no federal law requiring the recycling of appliances, many states have requirements and a few, like California, have programs specifically intended to promote the recycling of large appliances. In addition, the state of California requires all businesses, apartment complexes and government entities to recycle as one of the first actions under the state's plan to reduce greenhouse gas emissions.

We've put together this infographic to illustrate some of the main points regarding the state of household appliance recycling in the United States.

So, You Want to Recycle Your Appliances

We love to hear that!

And we also know that appliances large and small are highly recyclable, if not always easy to get out the front door! Here's what the website earth911.com has to say about appliance recycling,

"The general rule is that a valuable appliance will contain mostly metal and no hazardous material. Today’s dishwashers are largely made up of plastic, reducing their recycling market. Refrigerators and air conditioners require the removal of Freon, which involves a special permit. Washers and dryers are among the most valuable appliances because of their weight and mostly metal construction, but this also means they are among the toughest to transport for recycling."

Which is why Junk King specializes in residential and commercial appliance removal!

If you have old appliances sitting around your house that are broken down and simply taking up space, we've got you covered.

At Junk King, we understand that getting rid of old appliances like refrigerators, washing machines and stoves yourself can be a daunting process. Not only are big appliances notoriously hard to pick up and move, but do you even know where to take them once you load them in a truck, assuming you have one?

Junk King provides an efficient, safe and eco-friendly appliance removal service so you don’t need to worry about the pick up or disposal of those old items. Not only that, but we make sure that your old appliances end up in the right place: whether it be a charity if the appliances are still functioning, or a recycling facility to ensure your appliance is disposed of in an eco-friendly way.

Our professional and insured appliance removal team will show up at your home (or your workplace!) and we'll call 15 to 30 minutes before we arrive on site. Once we're there, we’ll give you a free estimate based on how much room your appliances and other junk takes up in our truck. You simply point and we'll load them into our junk removal truck - and with no hidden fees!

water purifier and softener for home(79478)